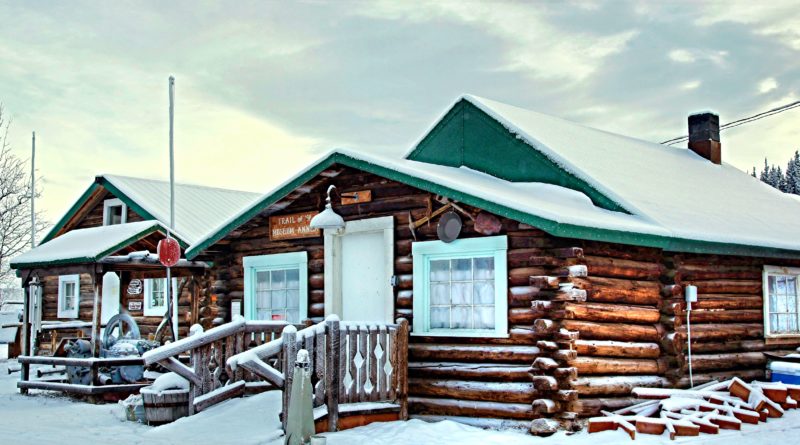 As the only Arctic state in the United States, Alaska has faced the effects of climate change far more rapidly than other states. Furthermore, climate change has resulted in a domino effect that seriously impacts life starting with the environment and going into many aspects of people’s everyday lives. Given the unique situation in the state, the state’s Department of Health and Social Services (DHSS) published a recent report observing and documenting the existing and anticipated impacts of climate change on Alaskans’ health.

While Alaska is a historically politically conservative state, the state’s leaders have chosen to “adhere to the goals proposed by the Paris Climate Agreement despite President Trump’s decision to withdraw the United States from the agreement.”[1] Though the conservative federal administration sees little to no danger from climate change, Sara Yoder, a public health specialist with Alaska DHSS, said about the effects in Alaska, “We hear people talking often about change that is already occurring so that’s hard to ignore.”

Given the unique climate and lifestyle in Alaska, the study of health conditions focused on two main aspects: the “ability of Alaskans to safely access and store food” and “vulnerability to mental illness in response to rapid change.”

Especially in the Native communities, many Alaskans continue to hunt and forage for food in the wild. In warmer climates, without the correct methods, improper food storage and preservation can cause food-borne illnesses and diseases, and in extreme cases, even botulism. Many native communities rely on permafrost to preserve what the hunt and fish and as permafrost thaws, their storage facilities melt away with it. Electric freezers are simply too expensive to use year-round for many people who are accustomed to their traditional ways.

Also, with warmer climates the time frame in which people can safely hunt and fish has gone smaller. Unable to access the marine mammals that are traditionally part of their diet, like seals and walrus, people are forced to rely on store-bought foods that don’t quite carry the same nutritional value. Also, since not everyone in the state lives in a major city, getting food (even store-bought) to rural communities is another challenge. The forced dietary shift can result in malnutrition in the population along with the aforementioned food-borne diseases.

Various medical conditions are mentioned in the DHSS report, but one of the most significant is solastalgia, mental distress caused by “environmental change around one’s home.” The term was first coined in the early 2000s when analyzing emotional impacts of severe drought and coal mining in Australia. While solastalgia is its own condition, it can also cause other mental health issues in the long run such as anxiety and depression. The effects of climate change on mental health are often overlooked in most health impact studies but Yoder says about Alaska, “As people’s way of life changes and as anxiety about how things around the community might change – how their ability to access traditional food sources might change, or wildfires around their homes – that can all impact their general feelings of well-being.” Yoder’s study is one of the few to really focus on mental health but hopefully is one of the first of many to convince people around the world to change their ways.

Hopefully as the study is read around the country, people in the lower 48 states will see these effects in Alaska and make an effort to take stronger action. While these effects of climate change currently affect a minority of the country’s population, in the long run they will begin to affect the rest of the nation. Even if the negative effects may impact a minority action against climate change can improve lives across the nation.