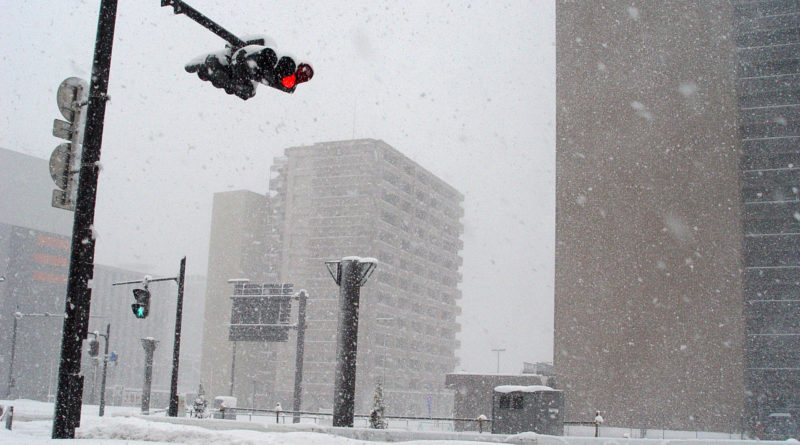 With the “bomb cyclone” ravaging the east coast and airports everywhere suffering from delayed and redirected flights, this winter has many people wondering, if global warming is such a big problem, what’s with the worsened winters?

Surprisingly, global warming can explain the bitter cold as well. While scientists say the relationship isn’t entirely conclusive, the increased temperatures in the artic may be responsible for the cooler winters in North America and Europe. The rapid warming in the Arctic has lead to a weaker stratospheric polar vortex, which in turn causes “cold-air outbreaks in the mid-latitudes.”[1]

With a weaker vortex comes a weaker jet stream, and what should normally blow straight from west to east, starts to act like a “big snake around the Northern Hemisphere” according to Dr. Timo Vihma, head of the polar meteorology and climatology group at the Finnish Meteorological Institute.[2]

As the winds become weaker, they are susceptible to more disturbances by high-pressure zones, forcing colder air further south towards Europe and North America, causing the cold spells similar to the one in place right now. Cold spells are nothing new and have occurred in pre-industrial times as well, however, as of late they seem rather out of place when the rest of the globe warms up while these specific regions get colder in the winters.

This current cold spell was caused by a mass of cold air moving southeast, and as it collided with a mass of warmer air from the Atlantic Ocean, the two reacted, resulting in the “bomb cyclone” that ravages the East Coast. While weather cannot always be attributed to a specific event and isn’t the most predictable, the connection between the warming Arctic and cooling winters is one worth keeping an eye on.

[2] Fountain, Henry “Why So Cold? Climate Change May Be Part of the Answer” The New York Times (January 3, 2018) https://www.nytimes.com/2018/01/03/climate/cold-climate-change.html?rref=collection%2Fsectioncollection%2Fclimate&action=click&contentCollection=climate&region=rank&module=package&version=highlights&contentPlacement=2&pgtype=sectionfront