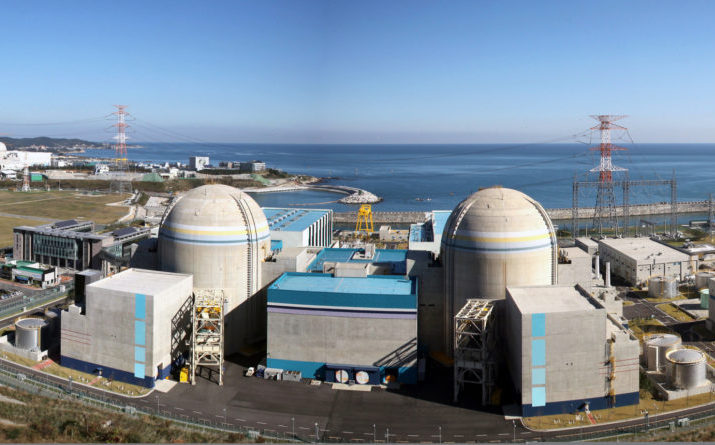 Nuclear power has a poor reputation, despite a large number of safeguards in place to prevents accidents. However, safeguards fail, as we saw with accidents like Three Mile Island and Chernobyl. The important consideration when deciding if nuclear energy can become a viable option in the future are the energy benefits, financial gain, the overall risk factors and the lack of current disposal methods. Nuclear energy has an important place in our global transition away from fossil fuels, but it is not a feasible solution to power our world.

The first thing to consider is how we derive nuclear energy. Based on the same fundamental principle that gave us the atomic bomb in the 1940s, nuclear plants create energy by splitting the nucleus of large atoms in two. However, the method of harnessing the energy differentiates it from atomic bombs. Large atoms, including plutonium and uranium, have to be hit with a neutron. If they collide at high enough velocity, the nucleus splits.

The split nucleus releases a blast of energy in the form of heat, which becomes steam. A turbine generator1 harnesses the steam to change mechanical energy into electrical energy.

Nuclear power is more common than you might think. The largest aircraft carrier ever built, the USS Harry S. Truman2, is powered by nuclear reactors. That ship carries about 6,000 people who work, eat and sleep near those reactors. Though the reactors on board are heavily shielded, most people would find the idea of being so close to nuclear reactors disconcerting. However, the government allows it because it’s safe and efficient.

Nuclear power is not a perfect system, but it does generate a significant amount of power from a single source. According to the Nuclear Energy Institute3, 99 nuclear power plants are operating in the United States. Those 99 plants supply about 20 percent of the nation’s electricity needs4.

Compare that to the more than 7,600 coal plants5 in the U.S., which only produce about 30 percent of our energy. If we factor in the amount of greenhouse gases those 7,600 coal plants produce annually, the advantages of nuclear become clear.

Nuclear energy does not produce greenhouse gases. Of course, it still produces some emissions — every type of energy production results in some. As far as standard emissions go, nuclear produces CO26 in comparable quantities with hydroelectric and wind power.

Nuclear energy has great potential to help reduce humanity’s reliance on greenhouse gases and mitigate climate change. Nuclear power might not be the end goal for our power supply, but it certainly has an important place in helping us reduce our reliance on fossil fuels while researchers work on developing more efficient systems.

Although most people might not want a nuclear power plant in their town, it could be good for them. Any kind of nuclear work requires skilled workers, and they require a higher pay grade. That brings in workers with disposable income, which can help improve the town’s monetary standing. Each reactor contributes about $470 million to local economies each year7, an amount most cash-strapped states would be thrilled to see.

The nearly 100 nuclear reactors in the U.S. create a hefty income. Estimates put those nuclear reactors as employing around 100,000 individuals, and generating $40-50 billion8 for the U.S. economy each year. Compare that to the entire coal industry, which only employs about 76,000 people9 despite the huge number of coal plants. Automation has eliminated the vast majority of coal jobs, but nuclear hasn’t succumbed to that advancement yet.

Despite requiring advanced scientific understanding, nuclear power isn’t expensive to use. Upfront expenses are costly, but maintenance is inexpensive. Total production of nuclear power tends to be significantly less expensive than coal, but slightly above other sustainable methods, such as geothermal. Overall, nuclear power plants are comparable to other forms of energy generation10— except when there’s cheap, easy access to fossil fuels like we’ve seen with the natural gas boom.

The risks that come with nuclear energy — including high-profile accidents such as Chernobyl, Three Mile Island and Fukushima — are impossible to ignore. Yes, nuclear power presents immense risks if something goes wrong. If the risk with oil drilling is the destruction of an environment because of an oil spill, the potential for nuclear fallout is far worse.

· Chernobyl: One of the best-known nuclear accidents is Chernobyl. In 1986, a standard safety protocol test went wrong at this Russian nuclear plant. The safety equipment was turned off, and a combination of human error and poor training led to disaster. The result was an explosion and open-air fire, and updrafts that lasted for more than a week. Those updrafts were full of radioactive material, which then precipitated back down to the surrounding area. That radioactive precipitation is what made the Chernobyl accident as bad as it was.

More than 30 years later, the death rates from the accident are still unknown11. The majority of the deaths from Chernobyl are due to radiation exposure, which is still causing people to develop cancer many years after the disaster. A firefighter who was in his 20s at the time of the accident would be in his 50s now, and if he eventually gets cancer, doctors may not be able to determine whether or not it’s the result of exposure to radiation at the site.

· Three Mile Island: Before Chernobyl, there was the Three Mile Island accident in 1979. This accident was mostly the result of human error. In short, a common blockage occurred, and the method the staff used to fix it caused water to leak into an instrument air line. This led to a chain reaction where the reactor overheated, the shutdown protocol commenced and the people working there forgot to factor in additional maintenance that was underway.

This sequence of events resulted in the top of a reactor core being exposed. Then a reaction occurred, which we now believe to have produced gases that led to a small explosion later. Ultimately, the coolant water became extremely contaminated, which, in turn, led to contamination of the general containment building with radioactive material.

Most of the Three Mile Island incident was the result of human error. Employees did not follow proper protocol, were not properly trained and did not keep track of what was happening with maintenance. That series of events resulted in a disaster, but one that could almost certainly have been prevented.

· Fukushima: The most recent nuclear disaster was in Fukushima, Japan. From start to finish, the entire disaster lasted an amazing nine months, and unlike Three Mile Island and Chernobyl, it was not the result of human error. Instead, Fukushima is an example of how accidents are always a possibility, even when the workers at the facility follow all the appropriate procedures.

In 2011, a 9.0 magnitude earthquake hit Japan, originating offshore and lasting approximately three minutes. The earthquake itself caused all the reactors in the region to automatically shut down and did no damage to the Fukushima plant. However, the tsunami that followed did.

An hour later, three reactors in Fukushima became flooded by the 23-meter (79-foot) tsunami8. This flooding disabled the power and the backup generators, so the nuclear plants were no longer able to cool efficiently or dump waste and decay heat. The switchgear was disabled. As a result, the reactors were no longer able to eliminate waste and overheated, which led to their cores melting down.

The workers at Fukushima put in some truly heroic attempts to resolve the problems. In only a few days, they stabilized the reactors and achieved a primary cold shutdown9. However, it took a solid nine months to reach a stable, long-lasting cold shutdown, and more than 100,000 people had to be evacuated from the area. This herculean effort on the government’s part prevented a single civilian from succumbing to radiation sickness.

Critical observers have noted Fukushima’s reactor cores should have been set above tsunami level, but that was something the Japanese government tried to account for. In fact, the plants that melted down were built 10 meters above sea level, based on previous data from other tsunamis. It was impossible to predict they’d be hit by a 15-meter wall of water from a monster tsunami. Even if the cores were set that high, it would be impossible to tell when the next record-breaking tsunami could occur.

Since it’s nearly impossible to predict the next severe storm or other natural phenomenon that may cause a problem with a nuclear reactor, it is reasonable to assume people will continue to build nuclear plants and invest in nuclear power.

Nuclear power plants are heavily monitored. The air is checked continually and fresh air is pumped in10 for workers. Many plants employ health specialists who will monitor what substances workers are exposed to, and check them as they come in and out of the building. Other technology is used to perform urgent inspections or repairs11 that are unsafe for divers due to heat.

However, when incidents like Three Mile Island occur, the question becomes how to dispose of nuclear waste. It is reasonable to ask that we deal with the nuclear waste. The biggest problem is that there is currently no permanent method for disposing of nuclear waste12 available in the U.S.

One plan has languished for about three decades, with people on all sides working to hinder its progress. No one wants nuclear waste storage in their backyard, but it has to go somewhere. The waste can give off radiation for thousands of years, making it a hazard for people, animals and the environment. The risk of leaking is much higher than it should be, and many of the available temporary storage sites are poorly managed. It’s all too possible we wouldn’t catch a leak until it’s too late.

Everyone wants to burn fewer fossil fuels. Nuclear technology is readily available and allows us to do that. Scientific breakthroughs are constantly introducing more options for green energy, though. For example, kites can now make energy13 for us, and they aren’t at risk to explode and leak radioactive materials if they get hit by severe weather.

If we can even the playing field and give green energy the same kind of subsidies and help we give fossil fuels, we might be able to make some astounding strides. The point is, the time to depend on nuclear has passed. The risk factors don’t outweigh the benefits in the long run.

Emily is a conservation and sustainability journalist and the editor of Conservation Folks.