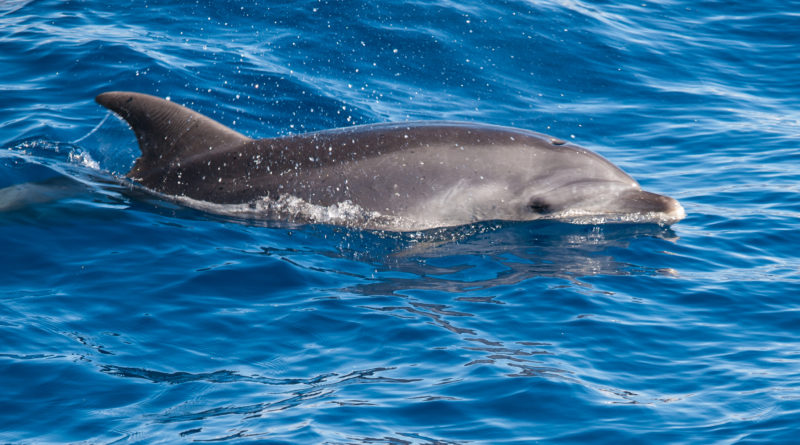 As climate change progresses, its impact is manifested in various aspects of our lives and the environment. Most recently, this impact was noted in the diets of dolphins off the California coast. The warming up and acidification of the oceans has begun to take a toll on marine populations, altering the complex ocean food network.

While the exact chain of predator-prey relationships from phytoplankton to apex predators can get fuzzy, what is certain is that dolphins are a top predator group in the ocean. An example of one such path through the food chain starts with phytoplankton, which make food from sunlight, and they’re eaten by zooplankton, which are then eaten by small fish, which are in turn eaten by bigger fish, and so on until the bigger fish is eaten by a dolphin.

While this all seems rather straightforward in terms of analyzing nitrogen-15, there is one problem: differentiating from the heavy nitrogen that’s available from the base of the food chain and the heavy nitrogen that reflects the length of the food chain. This is where a study by Rocio Ruiz-Cooley, a marine ecologist at Moss Landing Marine Laboratories, comes in.[2] By using skin samples of dolphins that were accidentally killed by fishers from 1991 to 2008, they analyzed the nitrogen isotope ratios in different kids of amino acids. Some of these amino acids have lower nitrogen-15 levels and come from primary producers like phytoplankton while other amino acids with higher amounts of nitrogen-15 are indicative of animal processes.

By differentiating between the levels of nitrogen-15, the study showed the length of the food chain that culminated with the dolphins. Major findings included fluctuations from year to year in food chain length and significant hits caused by environmental changes. Two such environmental changes include the 1997-98 El Niño season and the rise of a low-rise oxygen zone in 2004 trapping many marine species close to the surface. Proof that environmental changes cause explicit changes in the food web challenge earlier beliefs that overall climate change will allow for stability among food webs. This study shows the dietary fluctuations only in one species in a specific region over a short period of time, but this method of study could be implement where applicable around the world to produce larger scale studies to evaluate changes to food webs as a result of global warming.