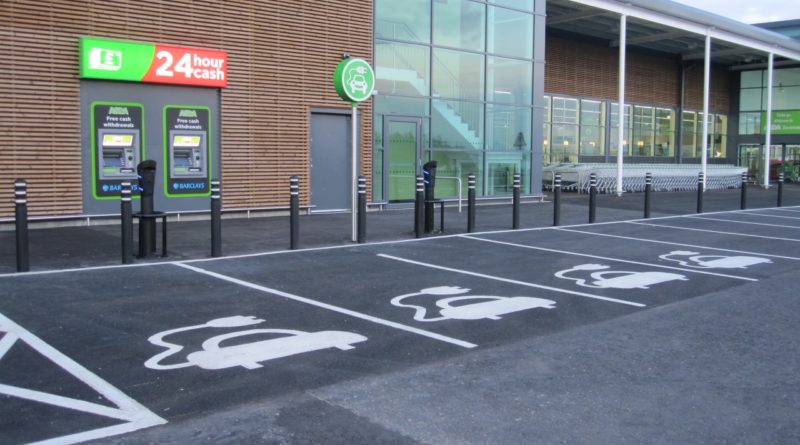 It seems as if everyone is talking about electric vehicles nowadays but in reality, they still account for less than 1% of auto sales in America.[1] However, the electric vehicle, a concept that once seemed like a futuristic dream, is now very much a reality. Parking lots often have a couple spots reserved for electric vehicles with charging stations and many new homes are built with an extra outlet in the garage to install an electric vehicle charger. In the future, 2017 maybe seen as the year in which electric vehicles made the transition from “a promising progressive fad to an industry-wide inevitability.”

Experts explain the tipping point for the “death of gas and diesel” with three major reasons: China’s fast-paced plans to scrap internal combustion engines by 2030, the debut of Tesla’s first mass-market vehicle, Model 3, and the plans of major automakers to work towards an all-electric future.

General Motors’ announcement about its impending end of production of internal combustion engines is a milestone event for the auto-industry. The company as of 2016 was ranked the world’s third-largest automaker and with its plans for around 20 new electric vehicles by 2023 and two of these 20 models being released next year. While the company has not given an exact year for the end of diesel and gas vehicles, the automaker has created a two-pronged approach towards a “zero emissions future”: battery electric and hydrogen fuel cell electric vehicles.[2] The company has been successful in the past with the Chevrolet Bolt being labeled the 2017 North American Car of the Year.[3] However, the future designs’ success in terms of efficiency, design and price remain to be seen.

At the same time, Tesla now boasts its Model 3 as the company’s first mass market electric vehicle. While the name implies an affordable electric vehicle, analysts say otherwise. The price range goes from $35,000 for the most basic model to $60,000 for a fully equipped Model 3.[4] However, with the most popular customizations such as greater battery life and enhanced autopilot, the car’s price would be over $40,000, going well over the “sweet spot” price of $36,000 for a new car in the American market. While only time will tell if Americans will be wiling to shell out more for the sake of the environment, for now we have the certain models on the market.

While 2017 may be the beginning of the end of gas and diesel vehicles, the actual end is still to be seen. However, increased variety in price and style show that we are at least heading in the right direction.

[1] Holley, Peter “Why 2017 will go down as the beginning of the end of the internal combustion engine” The Washington Post (October 11, 2017) https://www.washingtonpost.com/news/innovations/wp/2017/10/11/why-2017-will-go-down-as-the-beginning-of-the-end-of-the-internal-combustion-engine/?hpid=hp_hp-top-table-main_combustion-11pm%3Ahomepage%2Fstory&utm_term=.35ec1a9b726b