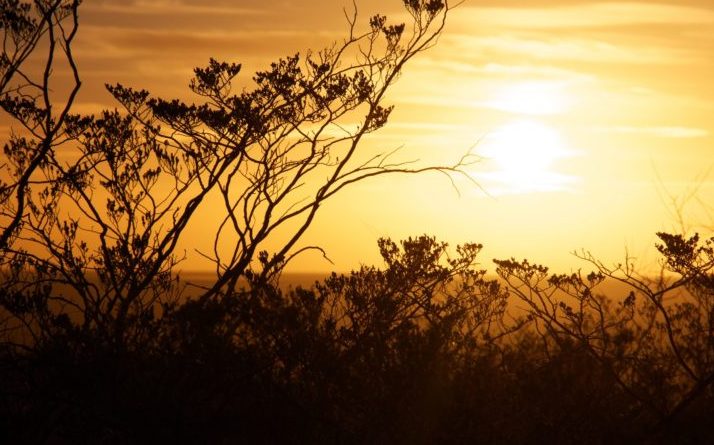 A recent study in Science Magazine predicted the detailed economic consequences of global warming in each county in the United States. One of the surprising facts from the study is that the southern and Midwestern states will face the harshest consequences, including higher temperatures, increasing mortality rates, and economic loss. If nothing changes, southern states are poised to face decreases in state GDP and losses in population.

In contrast, states in the west and Northeast will be better off, perhaps even experiencing positive consequences, as there will be a “net transfer of value from Southern, Central, and Mid-Atlantic regions toward the Pacific Northwest, the Great Lakes region, and New England.”[1] Other than with crime and coastal damage, Southern Midwestern populations will face the largest losses. States like Arizona or Texas could potentially experience losses worth 10% – 20% of GDP if emissions and temperatures rise unchecked.[2]

The study created maps of the United States, depicting mortality, agriculture, labor, and crime Looking at the map, the areas that are hit the hardest are also what is commonly known as “Trump Country,” raising the question as to why many Republicans and our current administration have yet to recognize climate change. Joseph Majut, director of climate policy at the Niskanen Center, a libertarian think tank, said regarding the results of the study, “It’s not clear at all – from these maps – why reducing climate change is not a more urgent issue for Republicans, purely as a matter of representing their people.”[3]

The inauguration of President Trump saw a purging of almost all mention of climate change from the White House and other State Department websites and the president proposing cuts to the EPA budget. Perhaps the results from this study may change lawmakers’ minds because if we do nothing, the South “is going to get hammered” as Solomon Hsiang, one of the authors of the paper, so eloquently put it.[4]

[2] “As Cliamte Changes, Southern States Will Suffer More than Others” The New York Times https://www.nytimes.com/interactive/2017/06/29/climate/southern-states-worse-climate-effects.html

[3] ‘The American South Will Bear the worst of Climate Change’s Costs” The Atlantic https://www.theatlantic.com/science/archive/2017/06/global-warming-american-south/532200/

[4] ‘The American South Will Bear the worst of Climate Change’s Costs” The Atlantic https://www.theatlantic.com/science/archive/2017/06/global-warming-american-south/532200/