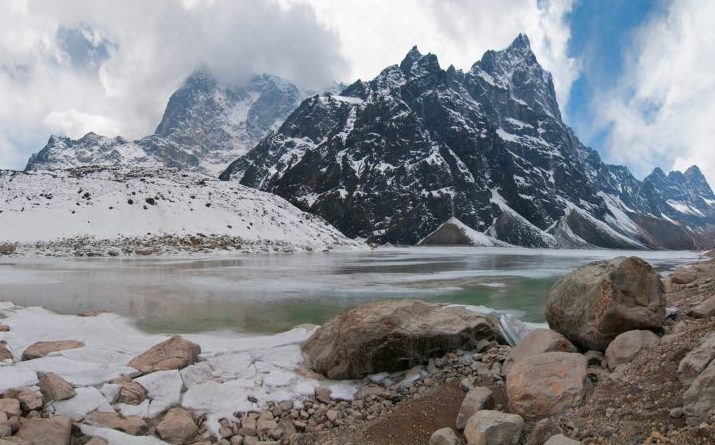 Photo by Global Landscapes Forum/CC by 2.0

“It’s not easy being green,” sings Kermit, the beloved puppet frog. In this day and age, “being green” takes on a whole new meaning as we continue the fight against global warming. David Livingston, an associate fellow in Carnegie’s Energy and Climate Program said that he thought of the old Muppets song when he was planning the panel for “Addressing Climate Change Through Innovation.” However, he remarked at the event that “It’s not only easy to be green in the 21st century, it is imperative, to stay relevant.” Coinciding with the European Union’s Climate Diplomacy Week, the Delegation of the European Union to the United States of America, and the Carnegie Endowment for International Peace teamed up to host the event, a panel discussion on current trend in innovation and economically sound decarbonization efforts across key sectors.

David O’Sullivan, ambassador and the head of the European Union delegation to the United States explained that both the European Union and the Carnegie Endowment were created with the purpose of eliminating war. However, both are now looking at a war rather different from what they had originally envisioned, “a more profound battle between humanity and our planet.” While he regretted the United State’s exit from the Paris agreement, he expressed hope, citing the Agreement as having used a common agenda to put an end to the division between the developing and developed worlds. His hopeful words regarding the potential for a more low-carbon economy opened the way for the panel to go into more detail about specifics in making such an economy a reality.

The panel itself was moderated by Manish Bapna, the executive vice president and managing director of the World Resources Institute. The panel comprised of Jon Chase, vice president for public affairs at Vestas Wind Systems; Lisa Hagerman, director of programs at DBL partners; Jessico Nigro, manager for outreach and innovation policy at Daimler; Jigar Shah, co-founder of Generate Capital; and Charlie Mayer, director of strategy at Oracle Utilities.

At the beginning of the event, the audience was asked if we thought we were on track to achieve our sustainability goals as a country given recent policy and government action. While the majority of people believed that we aren’t on track, in the following time, the panel provided beacons of hope on various levels in the fight against climate change.

One of the biggest points made involved the role of government and public policy in the fight against climate change. The panelists all agreed that while the United States has left the Paris agreement and climate change seems to have taken a backseat at the federal level and regardless of the current federal conversation regarding climate change, government leadership is more important than ever. While Americans have risen to the occasion at the state, corporate and individual levels, it is important to have uniform regulation across the board which can only happen with the federal government’s cooperation. As Mayer remarked, the purpose of a federal bureaucracy is to lead us when dealing with a global problem. So if effectively designed and implemented, federal policy can in fact play a crucial role in keeping the nation on track to meet sustainability goals.

Overall, the panelists seemed hopeful for the future when asked about their vision for 2030. Around the world in different ways, progress is being made. Whether it be solar power, electric vehicles, or even carbon taxation, the ideas are there and technology exists and is being refined as we speak. It is only a matter of making these larger scale ideas a reality through support and enthusiasm from those affected.

The keynote speaker, Kristalina Georgieva, CEO of the World Bank group spoke regarding the economic value of going green. She spoke of the World Bank’s work in spreading renewable energy around the world, saying that some of the best work they’ve done is helping to start what is now a billion dollar solar power industry in China as well as an investment in India for Solar energy. She continued to say her proudest funding is bringing new solution to more destitute countries, citing regions in central Africa where they are committed to providing electricity through solar power. Having worked as the director of environment for a while and being involved in the process of increasing renewable energy, she emphasized it was up to everyone to do their part. Georgieva concluded by telling the audience that she had recently made the decision to give up her beloved old car to switch to a Tesla, saying “We all bear responsibility. As much a we love old habits, we ought to find it in ourselves to kiss them goodbye”