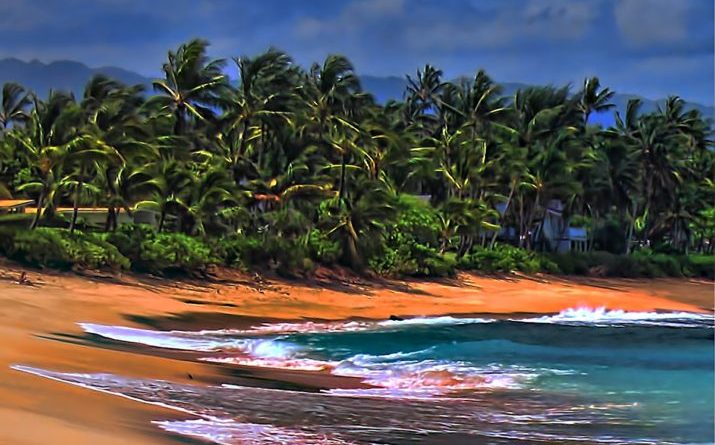 Photo by Scott Hudson/CC by 2.0

In the wake of President Trump announcing the United States’ withdrawal from the Paris Agreement, states, businesses, cities and institutions have stepped up and come together pledging to incorporate the goals of the Paris Agreement. Hawaii is paving the way for states by going further than just words by being the first state to sign legislation to implement goals of Paris Accords in the state.

On Tuesday, Hawaii governor David Y. Ige signed two bills, SB 559 and HB 1578. SB 559, aiming to cut statewide greenhouse gas emissions “in alignment with the principles and goals adopted” in the Paris Agreement while HB 1578 establishes a Carbon Farming Task Force.  SB 559, in its introduction establishes that “not only is climate change real, it is the overriding challenge of the 21st century and one of the priority issues of the senate.”(2)

Hawaii has long been an environmentally conscious state with policies in place recognizing the effects of climate change with a “tradition of environmental leadership, having prioritized policies regarding conservation, reduction in greenhouse gas emissions, and development and use of alternative renewable energy.” The state recognized back in 2007 in Act 234 that “climate change poses a serious threat to the economic well-being, public health, natural resources, and the environment of Hawaii.”1 Governor Ige, said before signing the new bill, “Many of the greatest challenges of our day hit us first, and that means that we also need to be first when it comes to creating solutions…We are the testing grounds – as an island state, we are especially aware of the limits of our natural environment.”(1) Being an island state with an economy so reliant on tourism that revolves around the environment, Hawaii is very proactive and must do what they can to prepare themselves for the changes they may face as a result of global warming. With ice melting and sea levels rising, the islands would be the first to face the effects.

With its new bills it specifically incorporates three goals established in the Paris Agreement by calling for a goal global temperature of “well below 2 degrees Celsius above pre-industrial levels,” by fighting the effects of climate change “in a manner that does not threaten food production” and by working towards economic goals by “making finance flows consistent with a pathway toward low greenhouse gas emissions and climate-resilient development.”(3) The bills combine economic and environmental goals to creating a lasting positive impact.

Hawaii has also joined other states, Washington, California, Virginia and New York, that remain committed to the goals set in Paris. While the actions of one state alone may not make up for the effects that could be achieved as a nation, Governor Ige’s actions prove that regardless of our administration’s stance on climate change, Americans are still willing to do what it takes to combat the effects of climate change however they can.