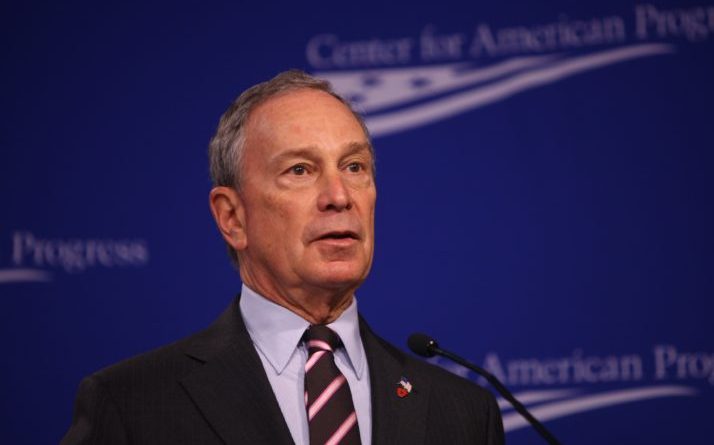 Photo by Center for American Progress/CC by 2.0

Former New York City Mayor and current UN cities and climate ambassador, Michael Bloomberg, committed $15 million from his charitable organization to support the UN Framework Convention on Climate Change (UNFCCC) to make up for lost funding after President Trump’s announced the United States will withdraw from the Paris Climate Accord.

“Americans are not walking away from the Paris Climate Agreement,” said Bloomberg.  “The American government may have pulled out of the agreement, (but) the American people remain committed to it – and we will meet our targets.”

Bloomberg rallied mayors, governors, and business leaders from both political parties over the weekend to sign a statement of support for the UN, stating the U.S. will reach the emission reduction goals it committed to in the 2015 Paris Climate Agreement.

In a letter to the U.N. secretary-general, Bloomberg said “non-national actors could achieve the 2025 emissions goal without help from the federal government.”

“While the executive branch of the U.S. government speaks on behalf of our nation in matters of foreign affairs, it does not determine many aspects of whether and how the United States takes action on climate change,” Bloomberg wrote.

The group — which currently includes 30 mayors, three governors, 80 university presidents, and more than 100 businesses — is negotiating with the United Nations to have its submission accepted alongside other nations as part of the Paris climate deal.

Patricia Espinosa, Executive Secretary of the UN Framework Convention on Climate Change (UNFCCC), said “We are grateful to Bloomberg Philanthropies for this generous contribution. While funding from governments remains central to our work, this kind of support is crucial to assist nations in their efforts to implement their commitments under the Paris Climate Change Agreement. In order to achieve Paris in full and deliver a low emissions, resilient and more secure future for every man, woman and child, it is very encouraging to see that all actors reaffirm their willingness to work together.”