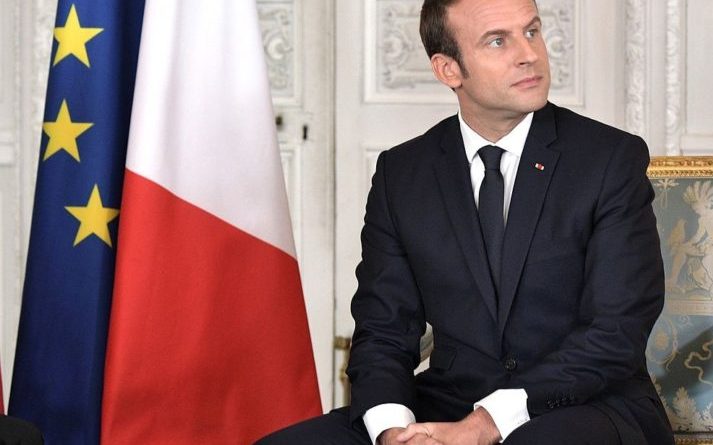 President Trump announced the United States would withdraw from the Paris climate agreement on Thursday, drawing anger from leaders and industry heads around the world.

Macron noted his respect for Trump’s decision to withdraw from the Paris accord but called the move “an actual mistake.”  He went on to offer France as a second homeland to all scientists, engineers, entrepreneurs, and responsible citizens who were disappointed by the decision in the United States.

“I call on them, come and work here with us to work together on concrete solutions for our planet, our environment. I can assure you France will not give up the fight.”

Macron then spoke of national security implications posed by climate change. “If we do nothing, our children will know a world of migrations, of wars, of shortage. A dangerous world.”

He concluded his statement by spinning a familiar phrase to provide a united and global purpose. “We are fully committed, because wherever we live, whoever we are, we all share the same responsibility: Make our planet great again.”

Many international leaders joined Macron in responding to Trump’s withdrawal from the climate agreement with widespread condemnation, disappointment and anger.

“The decision made by U.S. President Trump amounts to turning their backs on the wisdom of humanity. I’m very disappointed… I am angry,” said Japanese Environment Minister Koichi Yamamoto.

China also confirmed its commitment to fight climate change and a top advisor to Indian Prime Minister Narendra Modi vouched the countries intentions to switch to renewable power.  And Russia voiced abiding support for the Paris accord, regardless of the U.S. withdrawal.

U.S. business leaders flooded the news with statements voicing their exasperation toward Trump’s decision as well.

Lloyd Blankfein, Chief Executive of Goldman Sachs said the “decision is a setback for the environment and for the U.S.’s leadership position in the world.”

Other business leaders warned that the U.S. economy would give away technological leadership.

“Winding back the climate agenda means that the U.S. will be left behind in the clean energy transition as other global players, such as in Europe and China, demonstrate greater commitment to deploying low carbon and job-creating solutions to climate change,” said Peter Kiernan, of the Economist Intelligence Unit.

Trump’s decision to withdraw from the historic deal makes the U.S. one of three countries not participating in the Paris accord, joining Syria and Nicaragua as the only governments in the world to be outside the agreement.