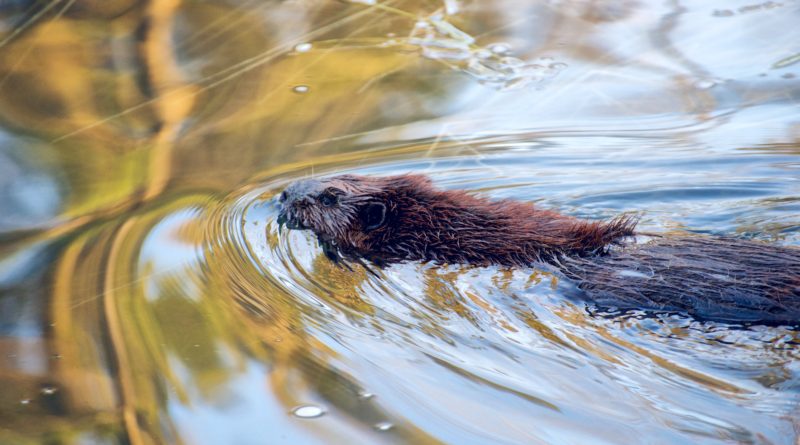 A report released on May 9, 2017 by the Wildlife Conservation Society (WCS), “14 Solutions to Problems Climate Change Poses for Conservation”, stated that beavers are essential to slowing the effects of climate change. Beaver mimicry has become a widely-used method for the restoration of ecosystems, especially the watersheds of Montana.

The WCS report discusses several concerns of climate change, along with solutions to each of those concerns.

The first fear voiced by WCS is the “changing water availability in streams and riparian ecosystems.” With rising temperatures, snow and ice melt quicker and earlier in the year, causing water to flow faster, and resulting in lack of water for certain species during particular times of the year. Additionally, as the temperature gets hotter, ecosystems are more prone to droughts.

A solution to this problem is to reintroduce beavers into these landscapes. The report states, “As beavers build dams, create stream meanders and activate side channels, they slow runoff, increase riparian habitat and store water above and below ground.” The construction of dams helps obstruct faster currents flowing downstream, slowing water movement and preventing declines in water storage.

In areas where reintroduction of beavers is not optimal due to severe degradation, an alternative solution is to mimic in-stream beaver activity. The WCS is partnering with private landowners and State and Federal agency partners to build dam-like structures that mimic the benefits of beaver activity. Like reintroduction of beavers, mimicry uses a woven system of willow stems and branches creating “speed bumps” to slow water currents, making water available later in the summer.

The WCS report also discusses possible solutions for the bigger and hotter wildfires, caused by climate change. Rock-based structures called “Zuni bowls” are being built in areas that have been recently burnt or are prone to large fires. Like beaver dams, Zuni bowls slow runoff and movement of soil, preventing downstream erosion. Additionally, by trapping rainfall and keeping soil moist, the landscapes are unlikely to burn.

Jeff Burrell, the Northern Rockies Program Coordinator of the WCS, has been helping construct dam-like structures in Montana to help fight effects of climate change. He describes this solution as both effective and economical for wildlife conservation and climate change adaptation. “What we try to do is use woody materials to build something that looks a little bit like what a beaver dam looks like,” says Burrell. “Native Americans have been using this technique for as long as people have been trying to manage water.”