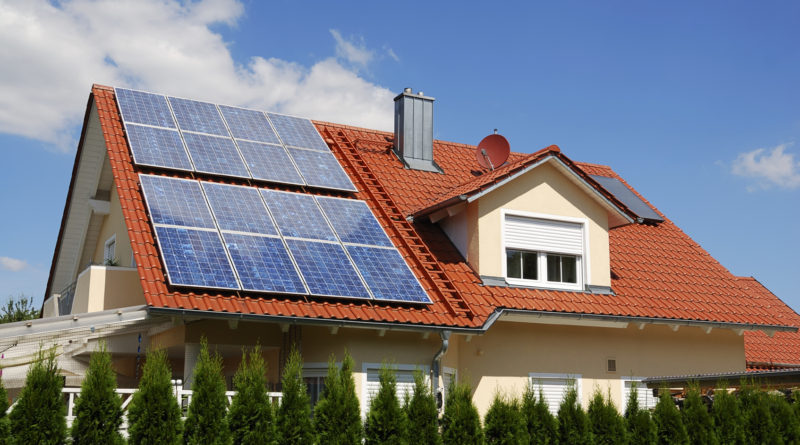 DER can be defined as decentralized small-scale power generation sources located near end-user consumers that supply part or all of their electricity demand.3

The current grid is designed such that power is generated by centrally controlled power plants that provide electricity to be transported across large distances to eventually be transformed to medium/low voltages for consumption. In this model electricity is uni-directional from central power plants to consumers. In a DER inclusive model electricity can be produced and/or stored by local entities such as residential homes to be used for self-consumption and/or sold to a distributer to be used elsewhere. This is where the concept of a prosumer is introduced– a producer that is also a consumer of the energy they produce. In a DER model electricity can flow in a bi-directional pattern between centralized power plants, prosumers and traditional consumers.

There has been a push for a new energy framework that incorporates DER for several reasons. Firstly, they encourage the development of renewables in electricity production. In some regions, such as the south of Germany, solar photovoltaic (PV) energy production has become as competitive as conventional energy generations. In a DER system this renewable energy production is able to effectively compete with centralized non-renewable power plants.

Secondly, a DER system allows for flexibility to cope with the intermittency of renewable sources such as wind and solar. With energy coming from several different sources in time and space there is a potential for production overlaps to close power gaps.

Thirdly, micro-grids such as DER have great potential for supplying energy to rural areas. This is particularly important for developing countries where communities may not be conveniently located for tapping into the existing electricity network.

Despite all of its benefits DER still faces some major challenges. At the forefront of relevant obstacles is the current cost of DER technologies. Although costs of renewable energy production have decreased prices still remain high causing policy-makers to be hesitant to encourage support for renewables. Additionally, although DER has potential to solve intermittency problems it also has the potential to cause them. With a need for improving grid backup capacity and storage technology there is a worry that DER may not surmount the intermittency problems created by some renewable resources. Finally, and probably the most daunting of challenges, is the redesign of the grid system to be able to effectively incorporate DER.

NYISO’s DER roadmap is spread out over the next three to five years, designed to develop market elements, functional requirements and tariff language necessary to integrate a DER system.1 CAISO believes that closer coordination with the distribution level utility will be needed to advance DER aggregations and a clean power system.2 While NYISO and CAISO have been making substantial ground, the development of DER still asks for a considerable amount of research and policy-making.