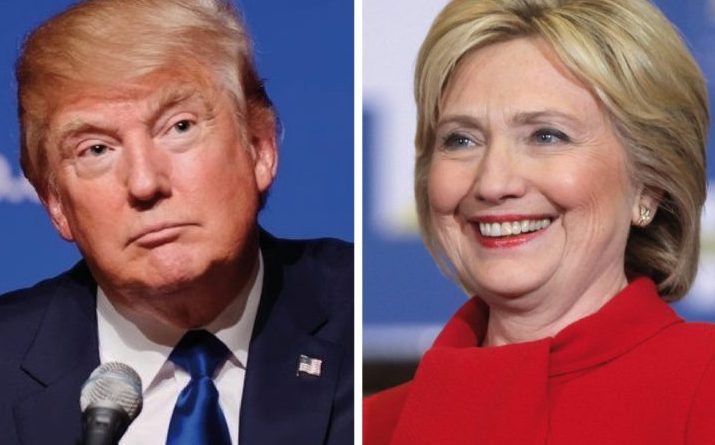 Photo by GNU/CC by https://creativecommons.org/licenses/by-sa/4.0/deed.en

We are living in a time in which the effects of climate change are more apparent than ever. July was the Earth’s warmest month on record (5). Despite the urgent need for politicians to lead our nation in taking swift and strategic steps to fight climate change, Presidential nominees Hillary Clinton and Donald Trump only briefly discussed the environment during Monday’s debate.

The first mention of climate change came towards the beginning of the debate when Clinton introduced brought in this topic. After stating that she would add more jobs into the economy as president by fostering growth in the clean energy sector, Clinton highlighted the importance of developing and expanding clean energy sources and stated the need to “built a new modern electric grid” (2).

She affirmed her agreement with the scientific consensus that climate change is real, and then pointed out that Trump has been a climate change denier and referenced a tweet made by Trump on his Twitter account on November, 6th 2012 (2).

This tweet stated, “ The concept of global warming was created by and for the Chinese in order to make U.S. manufacturing noncompetitive.” (7)

In response to Clinton, Trump denied making this statement on Twitter and argued that investments in clean energy increase the national debt and result in job losses (2).

Although Trump denied making the statement on Twitter denying climate change, he has repeatedly rejected climate change science throughout his business career and presidential candidacy. He strongly opposes environmental regulation and has stated that he would cut funding for the Environmental Protection Agency as president (3,4). In a press release published on Trump’s campaign website, the 100-day action plan on energy and the environment. Some of the most significant actions that he outlines are: saving the coal industry, to push for the approval of the Keystone XL pipeline, to rid of restrictions on drilling, to cancel the Paris Climate Agreement (1).

Clinton would take an active approach to fighting climate change and supports environmental regulation. On her campaign website, she focuses on building a clean energy economy. Some of the actions that Clinton intends to take a president include investing in clean energy, cutting emissions and reducing energy waste, to build on President Obama’s Climate Action Plan, and to deliver on the pledge that the U.S. made through the Paris Climate Agreement to reduce emissions to up to 30 percent by 2050.She is opposed to the Keystone XL pipeline and drilling in the Arctic Ocean (6).

The environment has been a consistent topic in the media and in mainstream politics in the year since the Paris Climate Conference, and currently, during the EPA’s Clean Power Plan is brought to the D.C. circuit court of appeals (9). Environmental problems such as the Flint water crisis and the Louisiana floods have received varying of attention as they happen. Although recent events have kept the environment present in politics, it has not become the focus of either Presidential campaign.