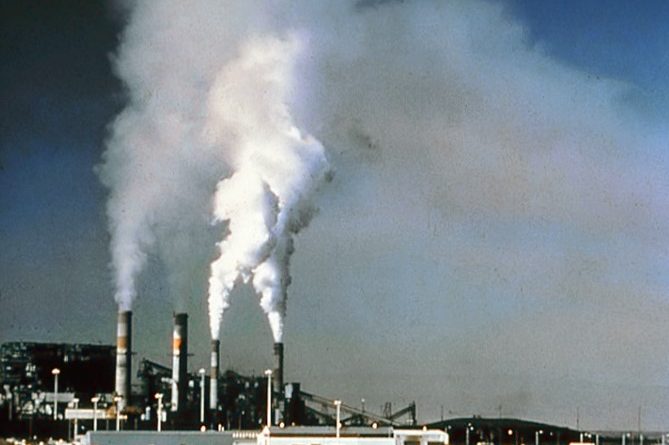 Imagine that you are walking to work and that you are four blocks away when it begins to rain. Realizing that you have forgotten your umbrella and not wanting to show up to work soaking wet, you duck under an awning and pull up your Uber app in order to call an call to take you to the remaining distance. You see that the cost of your Uber has doubled. Now it is up to you to decide if you are willing to pay the surcharge, or if you would rather walk through the rain.  We live in a world of trade offs. Each choice we make is informed by the benefits and costs of our available options. Although so many of our everyday decisions are informed by trade-offs, we seldom consider the costs of degrading the environment. On a planet where we can access natural resources for free, we have just begun the process of assigning a monetary value to clear air, abundant ecosystems, or potable water.

By placing a value on the Earth’s goods and services that we would otherwise access for free, these become integrated into the market such that we are forced to think the cost of our impact on the environment. This is what “cap and trade” or carbon taxes achieve (6).

Cap and trade is a system that limits the quantity of carbon emissions by setting an exact quantity of emissions permits that allow companies to emit a quantity of carbon emissions set by each permit. Typically, the permits are given away for free or they are auctioned off to industries. These permits can be traded between emitters. If there are two companies, company A, which emits has three 1 ton permits (allowing 3 tons of carbon emissions in total) and company B, which has two 1 ton permits (allowing 2 tons of carbon emissions in total). If company A yields a greater benefit from emitting 1 additional ton of carbon than company B. and if the cost of each permit is set at $100, then company A will buy one of company B’s permits for at price at or above $100. This system, in which the choice to emit carbon become a trade off, emitters are forced to their keep their emissions down or to buy an additional permit (5, 6).

An added bonus of carbon pricing is that this mechanism can act as a subsidy for renewable energy. An increase in the cost of emitting carbon, can make alternative sources of energy, such as solar, wind, or hydroelectric power, the less expensive options by comparison (6).

In the past two decades, the international community made major efforts to make the choice to emit carbon a part of a trade off.  The Kyoto Protocol, an international agreement created by the United Nations Framework Convention on Climate Change that aims to lower global emission by setting binding emission reduction targets (4).

The European Union (EU) made a similar effort to lower carbon emissions in 2005 when it launched the EU Emissions Trading System. The EU put a cap on the amount of emissions allowances available to emitters for purchase and trade and lowers this cap over time in order to reduce emissions over time. 45% of the EU’s emissions are permitted under this system (7).

The Carbon Disclosure Project, CDP, recently released a report on Carbon Pricing, found that more and more companies are putting a price on their carbon emissions and considering this cost in their business strategies. According to the report, 23% more companies reported the adoption of carbon pricing each year, internationally (1).

There is no fix-all solution to climate change. Carbon pricing is only one strategy to reduce emissions out of many other efforts to be made. However, the more that we put a cost on choices to impact the environment, it will become clear that reducing this impact is always the best choice.