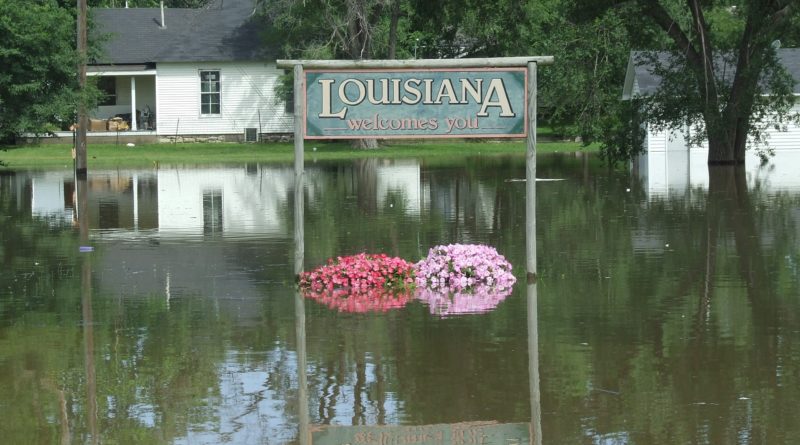 In the midst of the Summer Olympic Games and campaign for the fast approaching election, it is easy for other news items to be pushed under the radar. While many Americans cheered on Michael Phelps or Simon Biles and kept up with convention news from the comfort of their own homes, hundreds of thousands of Louisiana residents faced catastrophic flooding. From August 12th through 22nd, more than seven trillion gallons of water flooded southern Louisiana–three times greater than the floods during Hurricane Katrina (7).

During the storm, daily rainfall reached up to thirty inches a day and over eight rivers in the areas hit record flood levels (1).The floods have taken a serious toll on Louisiana residents. An estimated 146,000 homes were damaged (2). Over 20,000 people were rescued by the National Guard, coast guard, and civilians (10). Thousands fled to shelters (3). 13 people lost their lives (6).

Lousiana Governor, John Bell Edwards, declared a state of emergency on August 12th when the floodwaters were continuing to rise (8). President Obama declared parts of Louisiana as federal disaster areas (1). In the aftermath of the floods, the Federal Emergency Management Agency has approved more than $132 million in aid for flood victims (1).

The National Oceanic and Atmospheric Association (NOAA) stated the amount of rainfall that occurred when the floods were at their worst to be a 1 in 500 year event 5. In the past year, five other “500-year floods” have occurred 10. The extent to which this flooding event is a result of climate change has been a topic of debate.  According to the National Climate Assessment, there was a 27% increase in daily rainfall events between 1958 and 2012. As the planet has warmed as a result of greenhouse gas emissions, there has been an increase in water vapor in the warmer air (4).