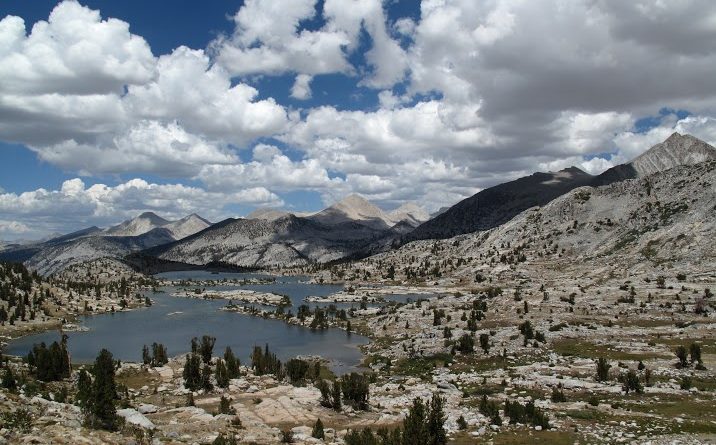 Although the possibility has been given short shrift in climate protection discussions, the US may be the most vulnerable of all Earth’s industrialized nations to climate change. Permafrost thaw and other effects of high-latitude warming are causing several dozen Alaska Native villages to give serious consideration to relocating. Well to the South, about 25 to 35 square miles of coastal wetlands in Louisiana are disappearing into the Gulf of Mexico each year through a combination of sea level rise and other environmental stresses. However, perhaps the most disruptive impact of climate change in the US, and the focus of this issue of Climate Alert, will be the change in the frequency and severity of drought in the American Southwest, which for the purpose of our discussion includes much of the agricultural heartland of California. Many of the same stresses will affect northern Mexico, and the effects on agricultural production in California could affect global food markets.

Changes in surface water availability, soil moisture, and snowmelt in the American Southwest are likely to have consequences for agriculture and human settlement in one of America’s most rapidly growing regions, and may also increase the risk of forest fires and mudslides when occasional heavy rains wreak havoc on communities where protracted drought has stripped away vegetative cover that could absorb rainfall. These stresses present challenges that will demand imaginative adaptation responses drawing both on the ingenuity and frontier spirit that have made the American West a seedbed of human innovation, as well as successful examples from abroad such as drip irrigation, which has made the Negev Desert in Israel bloom.

Climate Alert Editor-in-Chief Rudy Baum, Jr. provides a compelling overview article, “Effects of 21st century climate change on drought risk in the American Southwest.” Reviewing both the paleoclimatic record and the most current climate models, he points out that well before European settlement this region experienced a number of megadroughts that wreaked havoc on indigenous civilizations, and that future climate change-driven droughts may surpass these historical megadroughts in severity. He also points out that uncertainty around the effects of global warming on the El Nino-Southern Oscillation cycle makes precise forecasting future Southwestern aridity difficult.

Brian Fowler, a Climate Institute Graduate Research Fellow, provides an interesting perspective in the “The vanishing jewel of the Colorado,” that highlights ecological changes already underway in Utah’s Glen Canyon Reservoir, also known as Lake Powell. Already the reservoir is showing great losses of water volume, which could presage conflicts among competing interests, including the natural environment, agriculture, and growing but water-starved communities. Hannah Stroud, a Climate Institute Arctic Research Intern from University of California San Diego, in her article, “California’s state of emergency,” describes some of the tradeoffs already underway in America’s most populous state, involving residential and commercial water use and agriculture.

Two articles highlight imaginative strategies for water resource consumption. One, drip irrigation, with a proven track record in Israel and elsewhere; and another much more in the experimental phase, a microbubbles or bright-bubbles strategy that seeks to reduce evaporation from reservoirs, lakes, or ponds by generating an underwater cloud of bubbles to increase the water’s reflectivity. In his article “More crop per drop: realizing drip irrigation’s promise in the Navajo Nation,” Climate Institute Graduate Research Fellow, Daniel Bornstein, Dartmouth, 2014, now a PhD candidate at University of Wisconsin, discusses the potential of drip irrigation to make Navajo lands in the American Southwest bloom. He describes some preliminary collaboration between Israel’s Arava Institute for Environmental Studies and Navajo leaders to see whether drip irrigation can be adapted for use within the Navajo Nation. The Tribal Sustainability Partnership Initiative of the Climate Institute’s educational arm, the Center for Environmental Leadership Training (CELT), seeks to promote this effort. In the article, “To cool reservoirs, brighten their waters,” Russell Seitz, a Fellow of the Harvard Physics Department and Climate Institute Senior Research Fellow, provides a glimpse of the microbubble strategy that seeks to conserve water by reducing evaporation. Dr. Seitz and two colleagues have a much more comprehensive discussion of this strategy that they hope soon to have published in a leading science journal. The current issue of Climate Alert seeks to stimulate within the Climate Institute community a concerted effort to identify and even design water resource strategies that will provide continued availability of a vital resource, even in the face of a worsening climate.