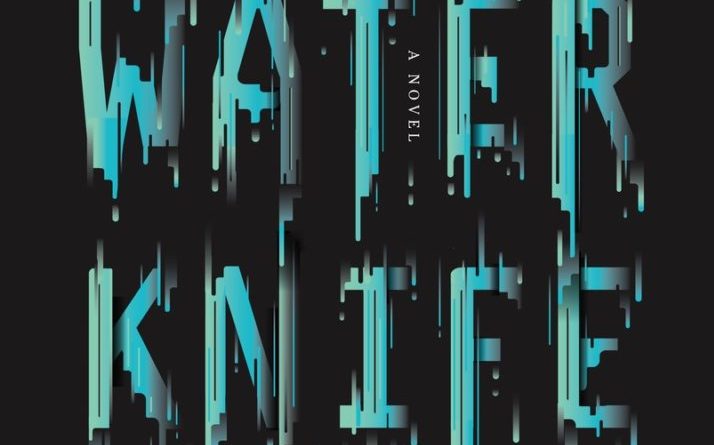 Dystopias have long been a focus of serious science fiction, stories treating both the near and distant future. From “1984” by Aldous Huxley and “Blade Runner,” which was based on Philip K. Dick’s “Do Androids Dream of Electric Sheep?” to Frank Herbert’s epic “Dune,” writers have imagined bleak futures for humanity.

The genesis of such dystopias is sometimes explicit—nuclear Armageddon, for example—or, in some instances, left to our imaginations. Recently, however, climate change has become the driver for the fictional collapse of civilization in a number of novels.

This is very much true of the “The Water Knife” by Paolo Bacigalupi, a dystopian tale set in the near future in the desert southwest of the U.S., where prolonged and severe drought has drastically altered the social fabric.
In the novel, Texas has become uninhabitable, and Texans are considered social vermin in Arizona, Nevada, and California. A law—the State Sovereignty Act—allows states to prevent citizens from other states from moving in, and it is enforced by armed state militias. Water rights are more important than life itself. States like California and Nevada fortunate enough to have secured “senior” water rights are quick to employ deadly force to maintain those rights.
Entering into this bleak landscape is Angel, the “water knife” of the novel’s title who is one of the Southern Nevada Water Authority’s heavies, very much not a nice guy; Lucy, a journalist documenting the disintegration of Phoenix as it is starved for water by California and Nevada; and Maria, a Texas migrant trying desperately to create a new life for herself.

The plot, such as it is, revolves around the desperate efforts by Angel and Lucy, who eventually team up together, to track down an almost mystical document containing water rights dating back to a nineteenth century treaty between the federal government and a long-vanished Indian tribe. Possession of the document leads to a variety of double crosses and leaves a trail of bodies in its wake. As is often the case in such tales, the plot of “The Water Knife” is less important than the bleak landscape Bacigalupi creates.
“The Water Knife” isn’t really science fiction. It’s a thriller set in the near future in which climate change—specifically a prolonged megadrought in the American Southwest—has laid to waste the legal and social norms we take for granted in today’s world.

It is a hyperviolent novel, filled with despicable characters for whom cruelty is simply business as usual. It depicts a world in which the country Mexico has disappeared and been replaced by the “cartel states.” It envisions a United States comprised of states at war with each other over access to water.
The breakdown of civility and of law and order depicted in “The Water Knife” seems outside the realm of possibility in our civilized world. But cut off the water to a city—cut it off entirely and permanently—and what would happen?
“The Water Knife” is a frightening, bleak meditation on how climate change could turn us into monsters.

Rudy M. Baum Sr. is a science writer and the retired editor-in-chief of “Chemical & Engineering News.”