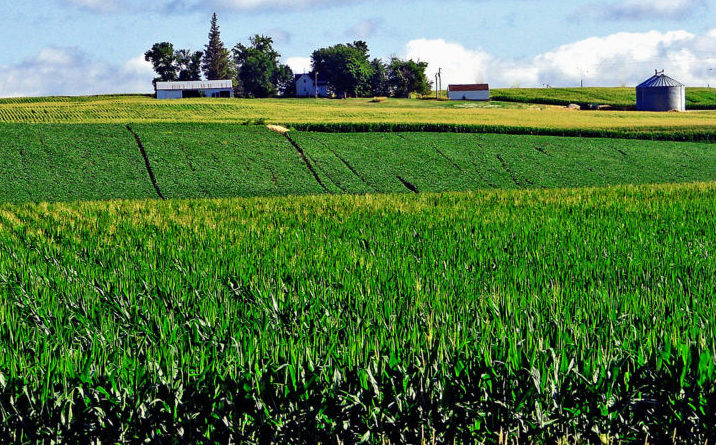 According to a new study released by Richar Seager of Colombia University, not only does he confirm this line exists, but he proves that the climate boundary that once laid on this longitudinal line is shifting east.[3] Arid weather conditions have been pushing the border 140 miles east towards the 98th Meridian since 1980.[2] This means that once fertile farm land that relied heavily on rain and cooler temperatures will begin experiencing higher temperatures and less rainfall.[3] With this changing climate, the crops that once flourished in this area will not survive in these new conditions. The farms in this landscape will soon be pressed to find a solution to the rapid changes caused by a shift in the climate.

In the coming decades, as the climate in central United States changes, there will need to be a shift in the economy of agriculture. Farms may be forced to consolidate and become larger to survive the imminent hardships.[2] They may also need to change their crops in order to successfully produce food that can survive in this encroaching aridity.[2] If these farms want to have continued success down the road, then they will need to adapt to the new landscape and prepare for environmental changes or they will have to shut down.

If we want to protect these central states that produce most of the food for the country, then adjustments need to be made that help to mitigate the effects of climate change. The dependence on fossil fuels will harm the agriculture economy of the United States and jeopardize its productivity. While the changes to this climate boundary are happening, there is still time before the worst of its effects hurt the agriculture industry. In these coming years, changes must be made to ensure the future and safety of America’s bread basket.