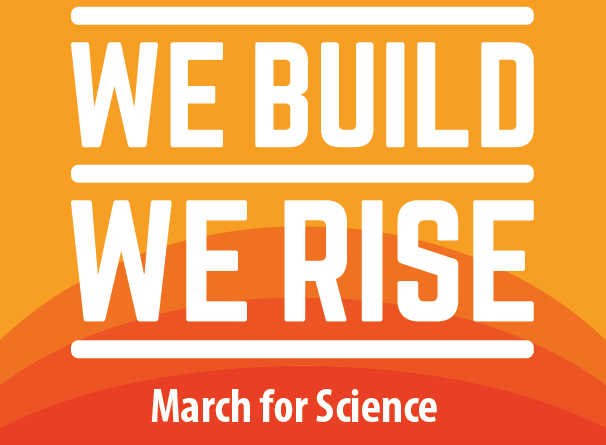 The People’s Climate Movement announced Earth Day, April 22, will be the official date of the March for Science. Scientists and climate advocates will organize in Washington, D.C. and across the country to stand up for climate and community action.

The march will also take place in cities across the country, as supporters join to march for our air, our water, and our land. People will march for clean energy jobs and climate justice.

The event is a response to President Trump’s disastrous anti-climate agenda, including his executive orders advancing the Keystone and Dakota Access pipelines, as well as his attacks on healthcare, immigrants, and programs and policies that improve the lives of all Americans. The Climate March will cap off 100 days of action to fight Trump’s proposals to reverse climate action, dismantle our government and hand power over to the one percent.

Over 145 protests in local communities took place across the country in the first 100 days of the Trump presidency, demonstrating widespread opposition to the administration’s anti-environment and corporate agenda as part of an ongoing campaign organized by the People’s Climate Movement.

Communities are ready to fight back and are ready to build a resistance to Trump and Congress’ attacks on our climate, our communities, and our jobs that stands alongside the unprecedented Women’s Marches and other powerful rallies that shook the globe in the hours and days following the inauguration of Donald Trump and the 115th Congress.

In 2014, we said that it takes everyone to change the future of climate change. Now, with everything at stake, everyone has a part to play. The effort is being organized by the coalition formed out of 2014’s People’s Climate March, which brought over 400,000 people to the streets of New York City and many more around the world.

More information can be found at People’s Climate or March for Science websites.