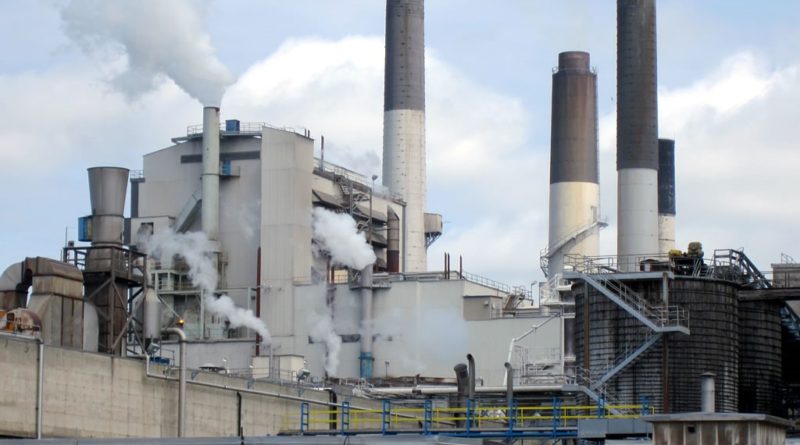 In the Intergovernmental Panel on Climate Change (IPPC) Fourth Assessment Report bio-energy carbon capture and storage (BECCS) was highlighted as a key potential technology for reaching low carbon dioxide atmospheric concentration targets. Recently there has been concern that employment of such technology may have detrimental implications for climate justice.

BECCS combines energy from biomass with geologic carbon capture and storage. The carbon dioxide created from the combustion of biomass or biofuel from the energy sector, such as electrical power plants or heat power plants, along with the production of carbon dioxide from the industry sector, such as paper mills or distilleries, is captured and compressed. At a high pressure carbon dioxide exists in a liquid form allowing it to be transported via pipelines or ships. This compression and transport in itself requires energy that is sourced from the initial biomass combustion or other renewable sources such as water, sun or wind. 1

Storage sites for the compressed carbon dioxide are usually in geological formations similar to those where oil and gas are naturally stored such as saline aquifers. Above these aquifers are typically layers of thick rock that act as a plug effectively trapping the carbon dioxide.

In theory BECCS sounds good because energy is being created from renewable resources and resultant carbon dioxide is sequestered belowground where it is unable to contribute to global warming. This would result in negative carbon dioxide emissions. However, as climate justice experts pointed out at a recent discussion at the Environmental Law Institute (ELI), BECCS can have negative effects on human rights, food security, water security and global biodiversity.

Dr. Wil Burns, the founding Co-Director for the Forum for Climate Engineering Assessment at American University, highlighted several key concerns regarding BECCS and human rights including:

Right to Water                      BECCS could require up to 10% of evapotranspiration from all crop areas, an amount equal to all current water withdrawals

BECCS could result in water degradation and shortages

Right to Subsistence            BECCS could result in huge land grabs, most importantly, in developing areas in Africa and South America2

According to Dr. Burns, based on these concerns there is a need for the development of a human rights based assessment network that focuses on the relationship between rights of stakeholders and the duty bearers. Also, there is a need to identify key gaps in policies, institutions and resources related to the implementation of BECCS.

Biorecro, a company leading the way in BECCS, has projects either completed or under construction in Illinois, North Dakota and Kansas. They have emphasized that they have no intention to compete for land or water resources and have entered collaborations with already existing industries and energy producers.3 This being said, there may be room for BECCS in the attempt to combat climate change, however, there remains a need to consider climate justice when implementing BECCS projects.