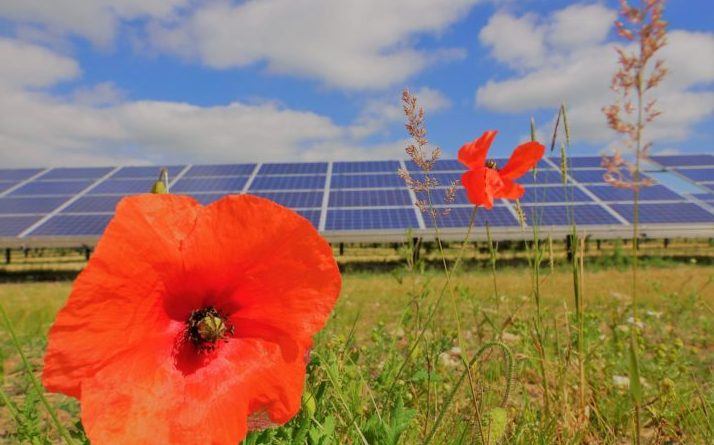 Scientists predict global carbon dioxide emissions will increase 43 percent by 2035 (2). The time to take steps to reduce our carbon footprint is now, and the benefits of renewable energy sources are breathtaking.

Renewable energy is created by harnessing and replenishing the earth’s natural resources.  These resources—such as wind and solar energy—are constantly replenished and will never run out. The advantages and disadvantages of renewables do exist, however the advantages far outweigh the disadvantages.

Renewable power is a clean energy source, thus they have low or zero carbon and greenhouse emission. Fossil fuels emit high levels of greenhouse gas and carbon dioxide, which are greatly responsible for global warming, climate change, and reduced air quality.  The use of renewable energy dramatically reduces the dependence on fossil fuel as a source of energy, cutting back on air pollution and carbon emissions.

The cost of renewable energy has declined and will continue to do so as markets grow and companies continue to invest in green energy solutions.  In fact, the average price of a solar panel has dropped almost 60 percent since 2011 (1).  The cost of generating electricity from wind dropped more than 20 percent between 2010 and 2012 and more than 80 percent since 1980 (1).  In areas with strong wind resources, wind power can compete directly with the cost of fossil fuels.  An increased reliance on renewable energy can help protect consumers when fossil fuel prices spike.

Renewable energy is a reliable source of energy.

Renewable energy sources are more resilient than coal, natural gas, and nuclear power plants when faced with extreme weather conditions.  Wind and solar are less likely to fail during extreme weather events because they use distributed systems.   This means they are spread out over a large geographical area, so a severe weather event in one location will not cut off power to an entire region. Even if some of the equipment in the system is damaged, the rest can continue to operate (4).

It leads to job creation.

Switching to renewable energy will reduce energy expenditures required for economic production. The world will have a more stable climate. And we will see reduced health and environmental impacts from carbon heavy energy emitters. For these reasons, the United States should focus on a renewable energy future.