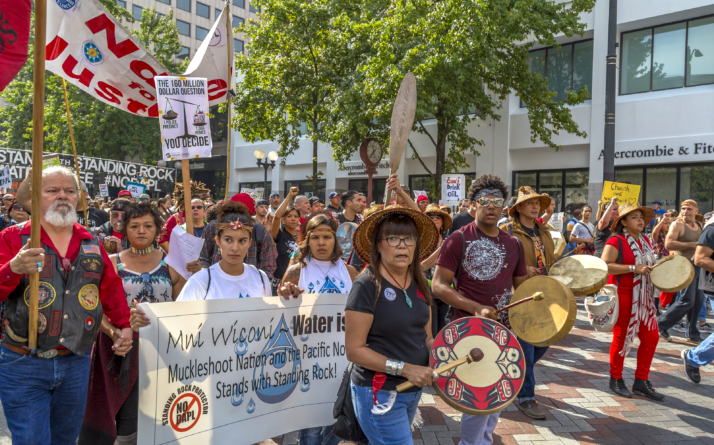 The future of the world’s climate is uncertain. 2016 has been a mixed bag: It is set to be the hottest year on record, reaching nearly 1.5 degrees Celsius warmer than preindustrial levels (9). It is also the year when 111 nations ratified the Paris Climate Agreement, which entered into force much earlier than anticipated (2). However, something just shook the climate arena here in the U.S. and around the world: Donald J. Trump’s election for U.S. president has created concerns that progress on climate change may not continue, or at the worst, progress from the past may be reversed. Trump has outwardly denied climate change, suggested that he would abolish the Environmental Protection Agency (EPA) during his campaign, and, most recently, has announced his appointment of a climate change denier to lead the EPA transition team (5,8, 10). With the amount of pushback on climate action at the national level, it is easy to get discouraged and want to step away from the fight against climate change. However, this is the time to push harder than ever for action on climate. Progress is happening all over on the local and state levels.

The movement against the Dakota Access Pipeline in Standing Rock, Dakota is an example of the resilience and determination that can occur when people organize through collective action. The proposed Dakota Access pipeline would be build through historical sites, including sacred burial grounds, in the Standing Rock reservation. The pipeline would also be built near the Missouri River, and poses a potential threat to this water, which the Standing Rock Tribes sees as source of life. Since the pipeline was first proposed, thousands of indigenous people and people of all walks of life have camped out in Standing Rock to protest the pipeline. Recently, people in the U.S. and around the world protested the pipeline in more than 300 cities (7). There has been an ongoing legal battle over the construction of the pipeline, but the indigenous people and their allies are standing strong.

Climate progress it not by any means limited to the national level. There have been many successes on the local and state levels. Climate action on this sort of smaller scale is possible because environmental regulations can be enacted on state or local level (4).

Even if the Trump administration reels back federal environmental regulations and downsizes the Environmental Protection Agency, states and local entities have a unique opportunity to push forward climate action on their own (6). For example, California has implemented a cap and trade program in which greenhouse gas emitters are permitted a limited number of emissions allowances that they are allowed to trade amongst each other. California’s cap and trade program is critical action step toward reaching it’s goal of achieving an 80 percent reduction from 1990 greenhouse gas emissions levels by 2050 (1).

In addition to climate action initiated by state and local governments, the private sector has also taken a lead on reducing its greenhouse gas emissions and increasing sustainability. Many companies have made environmental responsibility and integral part of their business models. Major companies including Wal-Mart, Toyota, Tesco, General Electric, and others have made significant efforts to reduce their environmental footprint. As it turns out, environmental responsibility makes economic sense (12). For example, a study from Yale University found that business students at the top 29 U.S. business schools strongly preferred to work for companies that made environmental sustainability a priority (3).

Despite the overwhelming pushback to climate action that we are seeing from president-elect Trump, there is still so much opportunity for progress to continue through grassroots efforts, state and local governments, and business and corporations. The movement to fight climate change and to preserve our planet for future generations may need to be led by the people for the time being, but the forces behind current environmental efforts shows that we are more than capable of continuing progress.