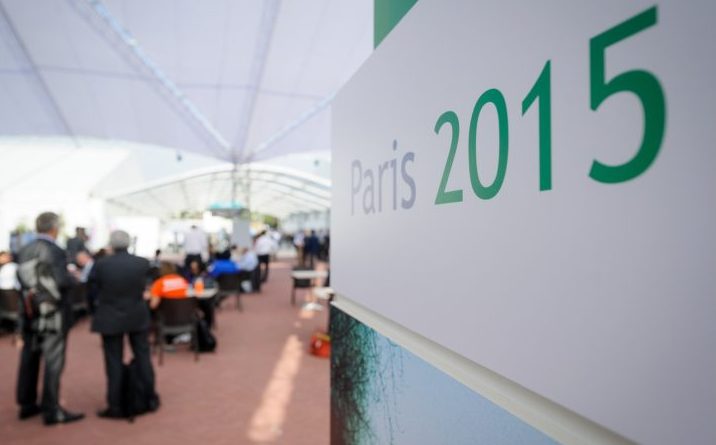 With presumptive Republican presidential nominee Donald Trump and likely Democratic presidential nominee Hillary Clinton sharply divided on climate policy, the future of US climate action is at present highly uncertain.  Whereas Trump, who has claimed climate change “was created by and for the Chinese in order to make U.S. manufacturing non-competitive,” seems likely to do what he can to minimize US efforts to fight climate change, Clinton’s campaign website makes it clear that she plans to push for meaningful climate action.  Among other goals, she aims for  the US to “generate enough clean renewable energy to power every home in America within ten years of Hillary Clinton taking office.”

But some degree of stability is at least on the horizon.  As per Article 21, paragraph 1 of the agreement, the Paris Climate agreement will go into effect thirty days after at least 55 countries representing at least 55% of global greenhouse gas emissions have ratified it; once that happens, no party to the agreement can withdraw for at least three years, and any withdrawals will take a year to go into effect (see article 28, paragraphs 1 and 2).  As Chris Mooney and Juliet Eilperin pointed out in a recent article in the Washington Post, this means that, if the agreement goes into effect before President Obama leaves office next January, the next president will be unable to withdraw from the agreement, at least during his or her first term.

According to the UNFCCC, only 17 countries representing 0.4% of global greenhouse gas emissions have ratified the agreement as of this morning, but there are signs that those numbers may grow significantly before the end of the year:  China and the US, which together account for 40% of global greenhouse gas (GHG) emissions, have announced plans to ratify the agreement before the end of the year; the BASIC group of countries–comprised of Brazil, South Africa, India, and China–announced on April 7 that they intend “to initiate necessary domestic processes for ratification, acceptance or approval as soon as possible with a view to facilitate the timely entry into force of the Agreement”; and just two days ago Hungary became the the first EU nation to ratify the agreement.  This data analysis tool created by the World Resources Institute makes clear that if just the US, the EU, China, and the rest of the BASIC countries were to join the countries that have already ratified, more than 55% of GHG emissions would be covered.

Admittedly, the agreement is weak enough that by itself the fact that the next president may well be unable to withdraw hardly guarantees that the US under the next administration will continue to take meaningful climate action. For example, even if bound by the Paris agreement, the next president could (among other things) still nix President Obama’s Clean Power Plan, a crucial part of the US’s emissions reduction strategy.  But once the agreement has gone into force, any such move would be sure to bring down on the US the opprobrium of the international community.  Hopefully, this unwelcome prospect will be enough of a deterrent that the next president, whoever it may be, will at least take pause before doing anything to jeopardize the US’s achievement of the emissions reductions goals it set for itself ahead of Paris.