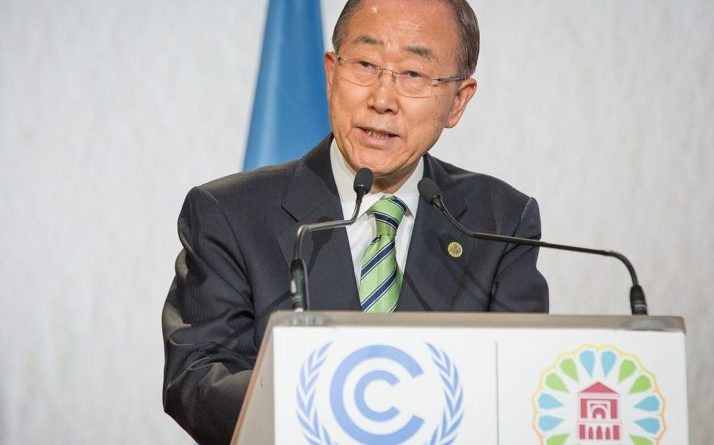 Around this time last month, world leaders gathered in Marrakech, Morocco at the 22nd Conference of the Parties (COP22) to build on the progress from Paris last November.  The Paris Climate agreement reached the threshold for entry into force on October 4th and entered into force on November 5th–just in time for COP22 (5). In Marrakech, the parties to the agreement reaffirmed their commitment and agreed to a timeline for implementation. It was decided that each party must develop a detailed plan for how to achieve the goals of the agreement by 2018.The conference, which took place from November 5th to the 13th, was heavily tainted by the anticipation and outcome of the U.S. presidential election. A main focus of the conference was identifying key issues to hone in on in order to ensure a successful implementation of the agreement (6).

During the conference, parties discussed a numbers of items on the global environmental agenda. In regards to reducing global carbon emissions, it was agreed that it is not enough to ask nations to voluntarily reduce their emissions. At the same time, it is not realistic to ask nations to immediately begin emission cuts.  The parties agreed to a middle ground in which nations will work on reviewing and strengthening existing domestic emission reduction efforts.

Another key topic was how to financially support nations in making investments in environmental technology and infrastructure to withstand the impacts of climate change. An important objective identified was to ensure that developing nations are not left behind in mitigation and adaptation efforts from a lack of funding. There was discussion over ways in which the parties of the agreement could aid countries that are particularly hard hit by climate change, such small island countries. With the conference being held in Morocco, many other African countries can forward with requests for action such as increased funding for climate change adaptation, support for infrastructure projects (1).

Many attendees of COP22 were shaken by the outcome of the U.S. election during the conference. The election of Donald Trump, who has expressed that he believes that climate change is a hoax and that he intends to withdraw the U.S. from the Paris climate agreement, shook the conference.  There are valid concerns about how successful the Paris climate agreement can with Trump as president (2). However, this election outcome also created a sense of greater responsibility for the other parties of the conference and even for the American public. The United Nations secretary-general, Ban Ki-moon, spoke on the election of Donald Trump in regards to global climate action towards the end of the conference and said that he believes climate action is now “unstoppable” regardless of this outcome (3).

U.S. Secretary of State John Kerry alluded to the need to set politics aside in the fight against climate change during his speech as the conference in which he said, “No one has a right to make decisions that affect billions of people based on solely ideology or without proper input.’’ (4)