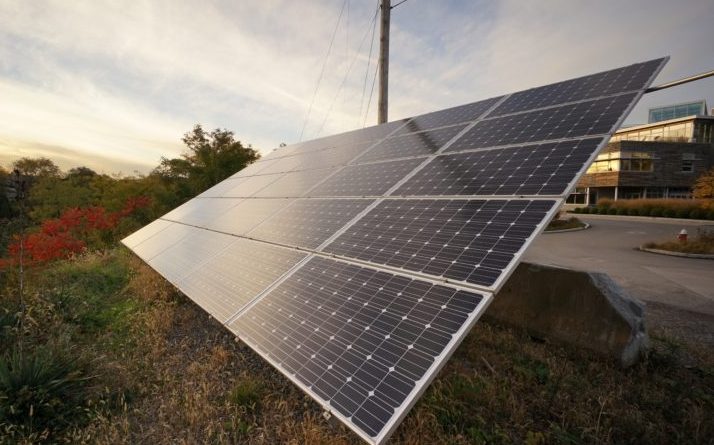 Global energy resources have become increasingly diversified in recent years due to technological advances (6). The Renewable Energy Policy Network for the 21st Century reported that in the last year, more than twice as much money was spent on renewables than coal (5).

This is good news for the climate as solar, wind, and other renewable energy resources become more competitive in the global market and drive down the demand for conventional energy sources that emit greenhouse gases. Strikingly, emerging economies are those who are leading the way in this era of renewable energy growth. China takes the lead, accounting for a third of global investment in renewable energy. An important component of creating a more diverse, sustainable energy portfolio resources is generating energy sources that are decentralized and community-based such that the users of the energy have ownership (4).

Hydropower is the largest section of the renewable energy sector, representing 71 percent. This form of energy has seen a 30 percent increase in global capacity in the past eight year Other forms of renewable energy including solar, wind, geothermal, etc. have also seen growth in recent years (6).

Renewable energy resources have little or no greenhouse gas emissions, thus having a minimal contribution to global climate change. As renewable energy becomes a larger part of energy market, and less greenhouse gas is emitted, there will be positive externalities in the form of improved public health and environmental quality (1). Investment in renewable energy now means that future generations will have reliable, inexhaustible energy supply. The National Renewable Energy Laboratory reported that renewable energy sources have the potential to supply 118 times the amount of energy that the U.S. currently consumes. Finally, the renewable energy sector can create jobs. In 2009, the union of concerned scientists found that if the U.S. achieved a 25 percent energy standard by 2025, three times more jobs would be created than is the equivalent amount of fossil fuels were to be produced instead (6).

Currently, natural gas is serving as a “transition fuel” as nations move away from burning coal and towards renewable energy sources. As this transition continues, it is vital that renewable energy remains a top priority for development and investment in the energy sector. Additionally, as the world moves towards an increasingly diversified energy portfolio it is vital that we develop a reliable and secure grid system that is available to demand centers far away from the sources of renewable energy and that is broad enough to continuously meet energy needs.